AKIRA UENISHI, ARCHITECT Akira Uenishi’s priority in every project is the creation of spaces where human activ… 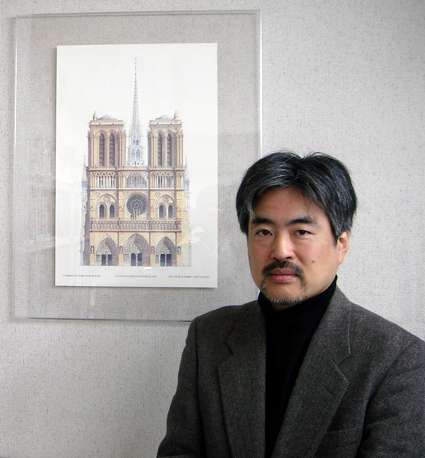 Akira Uenishi’s priority in every project is the creation of spaces where human activities are both physically and mentally enhanced and which will endure through time. Every architectural design requires an unique program because every project is rooted in a specific site and has a specific purpose. Akira Uenishi’s designs express his belief in creating simple and modern spaces while utilizing current technology and appropriate building materials.

Akira Uenishi’s ideas reflect his 15 years of experience in architectural design with Fumihiko Maki，the Pritzker Prize recipient and one of the world’s leading architects. Mr.Uenishi’s experience encompasses large scale projects for municipal governments including a convention center, performing arts center, rail station plaza, gymnasium and master plans for housing and waterfront developments and universities. In addition he has significant experience with private projects.

After completing his last project as chief designer and project manager of Natori Performing Center with Maki and Associates, Akira Uenishi established his own firm in 1998 and has been selected for several private residential projects in the U.S. and Japan. He participates in international competitions and lectures architectural design at several universities.